ANCIENT GREEK INSPIRATION for your luxury wedding in Sicily

An ancient greek wedding idea planned by Luxury Wedding Sicily;  original, non-standard, stylish, lively weddings in Sicily for years. Weddings on luxury yachts or in luxury villas and the castles, palaces, ceremonies in centuries-old catholic and orthodox churches and by the majestic ruins of ancient monuments, a wedding on the Eolienne Islands or in the mainland of Sicily, weddings under the water or up in the air with me the organization of weddings in Sicily is raised to a new level. Today I would like to share with you my favorite idea for an original symbolic ceremony. Do you imagine your astonished symbolic ceremony with an outstanding backdrop? Sicilian venues offer luxury spaces in open-air museums like Ancient Archeological Park in Agrigento or Selinunte. Luxury Wedding Sicily can book for you special celebrants for an ancient Greek wedding ceremony and tailor your setting design: like ancient costumes, flowers&decor to your needs.

Immerse yourselves in the beautiful Greek’s heritage between the Gods and myths. The marriage ceremony in Ancient Greece was made up of three different phases: the Wedding Rituals Begin, the Banquet Hall, The Unveiling, and the Procession. There are so many Greek marriage rites like a bridal ceremonial bath of holy water or the bride would also offer special sacrifices, such as locks of hair, to the goddess Artemis. Artemis could offer a smooth transition from the bride’s life as a child to her new status as a married woman. Sometimes the bride would make sacrifices to Hera to align her new marriage with the divine nature of the gods and goddesses. The bride and groom would also make offerings to the goddess Aphrodite so that she would ensure their coupling would create healthy children. When I think about it I begin to understand why contemporary bride and groom are still superstitious! 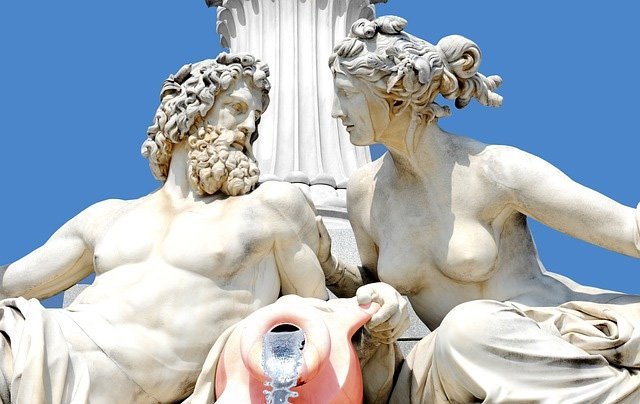 LUXURY IS INHERENTLY CLASS AND STYLE, NOT MONEY

We use cookies on our website to give you the most relevant experience by remembering your preferences and repeat visits.
.
Cookie SettingsAccept only necessary Accept All
Manage consent

This website uses cookies to improve your experience while you navigate through the website. Out of these, the cookies that are categorized as necessary are stored on your browser as they are essential for the working of basic functionalities of the website. We also use third-party cookies that help us analyze and understand how you use this website. These cookies will be stored in your browser only with your consent. You also have the option to opt-out of these cookies. But opting out of some of these cookies may affect your browsing experience.
Necessary Always Enabled
Necessary cookies are absolutely essential for the website to function properly. These cookies ensure basic functionalities and security features of the website, anonymously.
Functional
Functional cookies help to perform certain functionalities like sharing the content of the website on social media platforms, collect feedbacks, and other third-party features.
Performance
Performance cookies are used to understand and analyze the key performance indexes of the website which helps in delivering a better user experience for the visitors.
Analytics
Analytical cookies are used to understand how visitors interact with the website. These cookies help provide information on metrics the number of visitors, bounce rate, traffic source, etc.
Advertisement
Advertisement cookies are used to provide visitors with relevant ads and marketing campaigns. These cookies track visitors across websites and collect information to provide customized ads.
Others
Other uncategorized cookies are those that are being analyzed and have not been classified into a category as yet.
SAVE & ACCEPT
Powered by